Yesterday was a good day at work, but everywhere else in the country (and, by that I mean social media), SA was the usual mix of harsh-minded self-worshippers screeching everyone else down as Judge Masipa tried to give, and explain, her verdict.

Maybe we’re not the only ones, but we have a massive penchant for grabbing one legal term, in this case: dolus eventualis –  loosely: gross negligence – and then having loud, unlearned, but opinionated and shameful fights about it all over the place.

The last time we all made dog-arses of ourselves by obsessively taking a legal term as our one true love, it was for different reasons, and it was the term prima facie (definition: based on the first impression; accepted as correct until proved otherwise).

At that time popular opinion was all for the accused slithering away unpunished, and suddenly everyone had a deep and abiding opinions regarding the use and application of prima facie.

Of course, the courts, the judges, nay, the WORLD stopped to listen and to correct themselves as every Tom, Susan and Harry instructed them. Not.

The truth is that some people love you, some people hate you,
and the rest of the world doesn’t even know who the hell you are.” 2011

It really doesn’t.
And if I ever have to stand before a judge, please let it be someone who understands how to apply the law objectively, is all I’m saying. 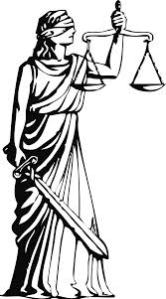 One thought on “Jacks of no trade, but masters of all?”